Charting A Course For Peace

Strengthening Communities in the Niger Delta

The nine states that make up the southern tip of Nigeria (known as the Niger Delta) sit on the majority of the nation’s oil – but the region’s value does not end with oil. The Niger Delta is comprised of over 32 million people, nearly half of whom are 18 years-old or younger and primed to enter the workforce. Its land and geography make it a natural agriculture hub, affecting food security, trade and numerous industries. And the political institutions in the area hold national and global significance, positioned to anchor the region and usher in a new era of heightened political accountability.

In 2017, Nigeria emerged from its recession, reporting 0.83 percent growth. While modest, this is hugely significant and an indicator of continued progress to come. As we look to the future—the 2019 presidential elections in Nigeria and more broadly—we need to ensure that this growth is felt in the Delta and that the people and industries there are equipped to maximize emerging opportunities.

We have made and will continue to make great strides.

With our partners, including our implementing partner, the Foundation for Partnership Initiatives in the Niger Delta (PIND),  the Niger Delta Partnership Initiative (NDPI) works at the intersection of economic development and peace, because one cannot thrive without the other. We have driven over US $100 million in investments into the Delta and grown our local peace network to over 7,000 members. We have trained peace advocates to champion new technologies that help farmers increase yields and opened the doors of our business centers to conflict mitigation seminars and leadership conferences.

We must continue to integrate and deepen economic development and peace building efforts. Working hand-in-hand with donors, civil society, the private sector and the government, we know even more progress is possible. We welcome you to join us and contribute as we drive for a stronger, more prosperous Niger Delta. 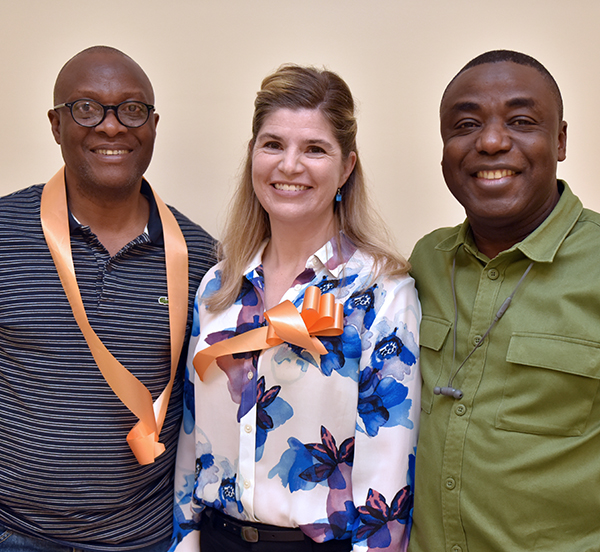 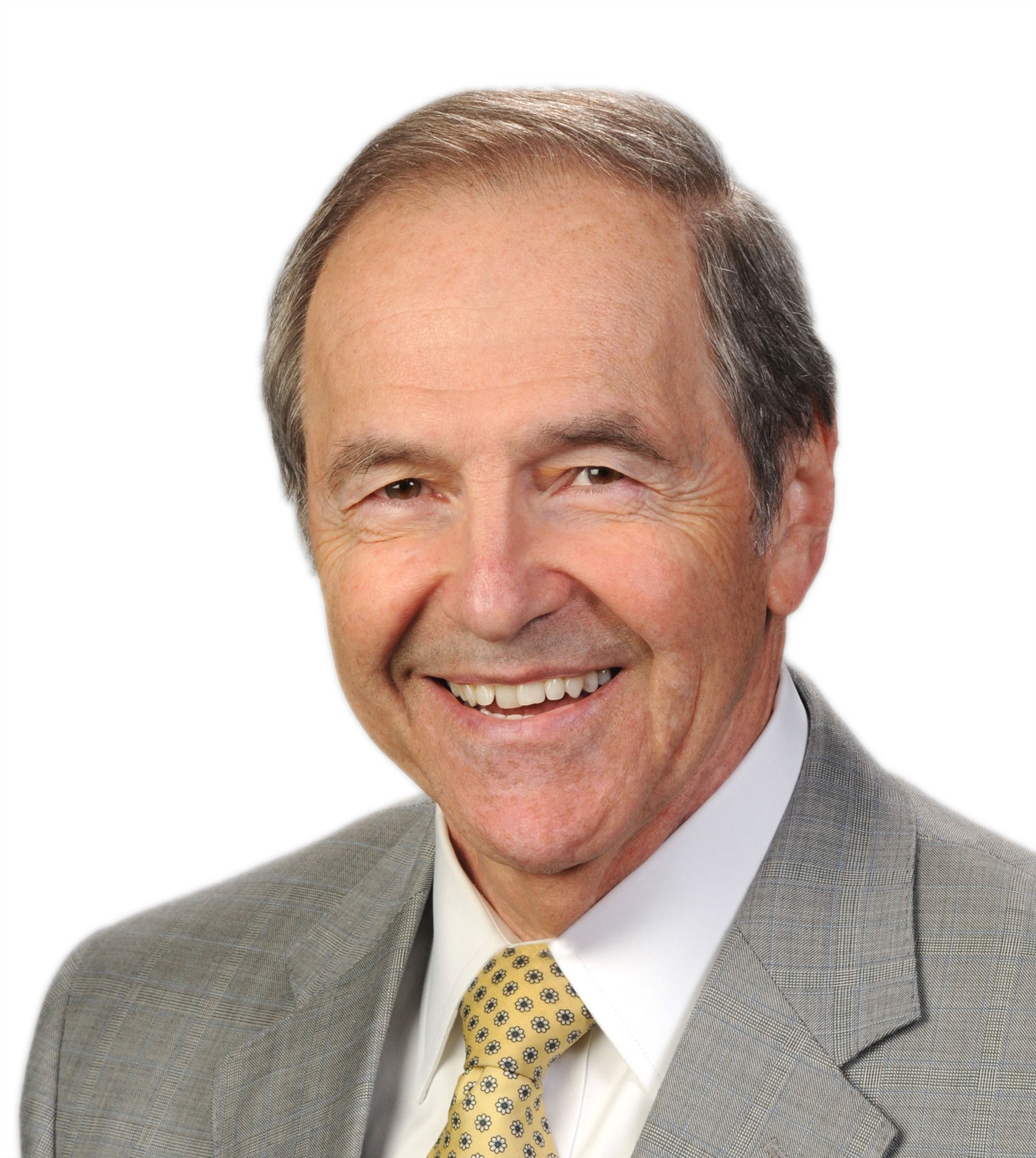 This year, we were saddened by the loss of Princeton Lyman. Princeton served on NDPI’s Board of Directors since NDPI was formed, and provided sage guidance and thoughtful geopolitical insights that helped shape the organization’s vision and approach. He stood as an advocate for African development and multicultural collaboration. He was a revered diplomat and the former US Ambassador to Nigeria and South Africa. In his role as the Ambassador to South Africa, he was instrumental in transitioning the country’s government through the apartheid era to a multiracial and democratically elected government. Princeton’s contributions to NDPI were invaluable and his generous spirit was a constant reminder of the deep capacity for good. He will be missed.

We continue to be forward-looking and proactive. With the impending 2019 presidential elections, in 2017 NDPI put a greater emphasis on peace building and increasing capacity to mitigate anticipated threats of political violence. Data on incidents of violence that we and our partners have gathered guides how we are allocating resources and new technologies like an SMS-based alert system to improve our threat responsiveness. We are promoting community dialogues, enlisting leaders from potential spoiler groups to sign pledges of non-violence, and engaging a wide range of stakeholders through trainings and forums.

We continued to bolster the infrastructure needed to uphold peace in the region. In 2017, our partner, Partners for Peace, established new peace building subchapters in Ilaje, Patani, Ellu, Asaba, Ioko and Koluama. These subchapters work to reduce violence, train young people and others in the community in peace mitigation to chart a course for peace. 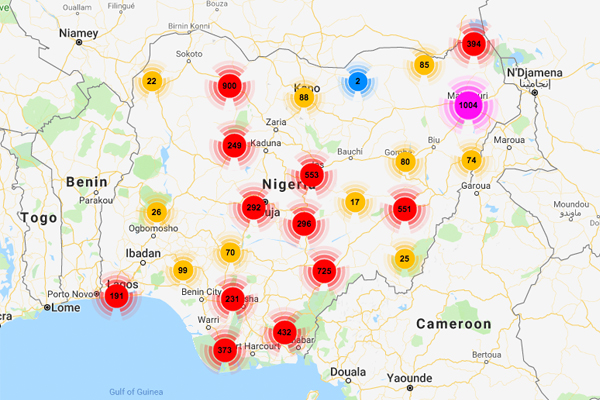 NDPI partner Partners for Peace collects and manages the most robust dataset on conflict in Nigeria. The organization translates this data into a sortable, multi-indicator Peace Building Maps used by peace actors to reduce violence.

Based in the United States, NDPI works closely with its local, Nigerian-led partner, the Foundation for Partnership Initiatives in the Niger Delta (PIND). NDPI provides strategic guidance and financial support to PIND and PIND implements programs, jointly owned by both organizations, in the region, working with partners to build peace and equitable economic development.

As the economy began to rebound in 2017, NDPI’s work expanded to further increase impact. We tracked several indicators to measure the impact of our projects. In 2017, we and our partners:

Grew the Partners for Peace by nearly 1,000 members.

Reached over 5.6 million people through Partners for Peace media engagement.

Drove nearly US $2.5 million in economic investments into the Niger Delta.

Helped create nearly 2,000, for a total of over 8,000 jobs in palm oil, cassava, aquaculture and other promising industries.

As we look to build on our progress and pursue new avenues, NDPI is adding a new project to our portfolio. The large population of young people living in the Delta has created a “youth bulge,” which is often cited as a contributing factor to unrest in the region. A large youth population, however, also presents opportunity. By engaging young people through trainings and media outreach, we can ensure that their skillsets match the market before they enter the workforce and build a new generation of peace advocates.

The Niger Delta Youth Employment Pathways Project is a new project NDPI and PIND are implementing with the Ford Foundation and DAI to address youth unemployment. Assessments of three states in the Niger Delta (Rivers, Abia and Akwa Ibom) provide a basis for this work. They show a disconnect between education systems and the private sectors in the region, but also that there are assets already (such as entrepreneur hubs) in place that could be better leveraged. In each state, we have identified sectors—information technology, construction and agriculture—well-positioned for sustained growth, market challenges and solutions. As we look to the future, we are putting our findings into action. Among our activities, we are developing coding programs, trainings on construction skills and competitions for budding agriculture startups all geared toward youth.

We are also expanding work into the riverine sub-regions of the Delta, which have long been the most volatile. Through our implementing partner, PIND, we are conducting targeted trainings of members of local regional development councils to build capacity, prompt activities that generate incomes and productively resolve community conflicts. In addition, we are helping link these communities to larger value chains in sectors like aquaculture to enable them to increase profits and create new jobs. While this work is just beginning, we are confident that by applying the lessons we have learned, we will help these communities chart new, productive courses into the future. 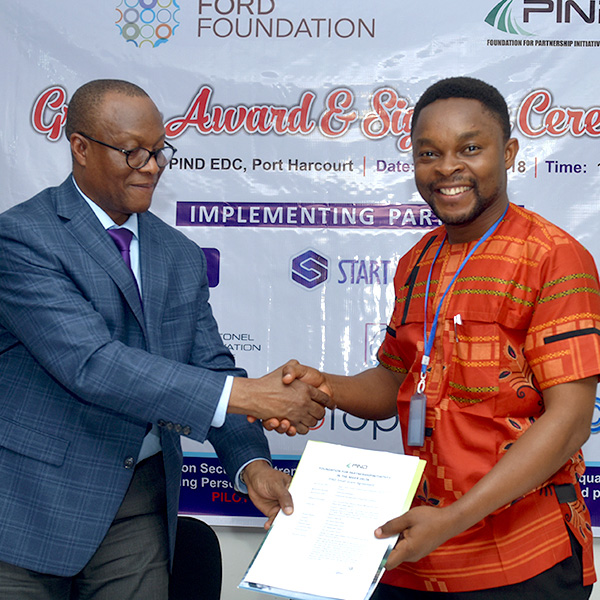 Statements of activities and changes in net assets for the year ended December 31, 2017:

Our partners are committed to peace, stability and equitable economic growth in the Niger Delta.

We continue to broaden our list of partners and welcome you to learn more about our partnership criteria and contact us. 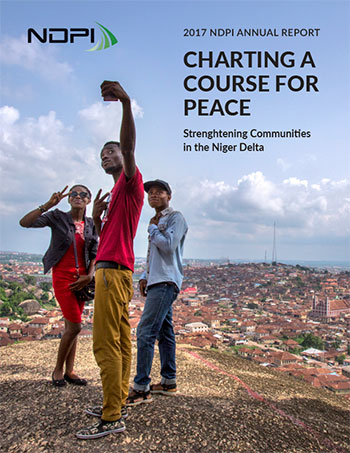